Purpose
Monitoring the population of lobsters through the use of standardized traps and sampling throughout Lobster Fishing Areas (LFAs) 27-35 on the Atlantic coast of Nova Scotia (DFO Maritimes Region).

Use limitation
Fishing locations for individual fishers is considered to be "Protected B" data. 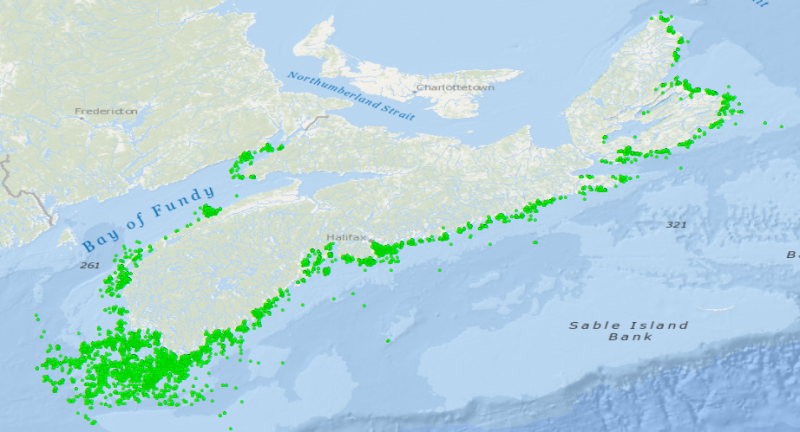