Researchers with expertise for particular cetacean taxa drew polygons on paper map to denote Important Areas for species that met a priori criteria. The experts' hand-drawn polygons were heads-up digitized using ArcView 3.2 on the 50,000 Canadian Hydrographic Service (CHS) coastline watershed basemap. Hand-drawn polygons were clipped using the PNCIMA boundary polygon provided by OHEB-GIS unit. The layers of individual experts were shared among all the experts for the species grouping. Experts were asked to provide confirmation and to check for accuracy and completeness. Any changes requested by the experts were performed and again returned to the experts for vetting.

The dataset was updated in 2019 to conform to MSEA's GIS Hub publication standards. The PNCIMA IA data series was split into taxonomic themes (birds, cetaceans, coral and sponges, fish, geographic features, invertebrates, and other vertebrates). The Check Geometry tool was used to validate each layer. 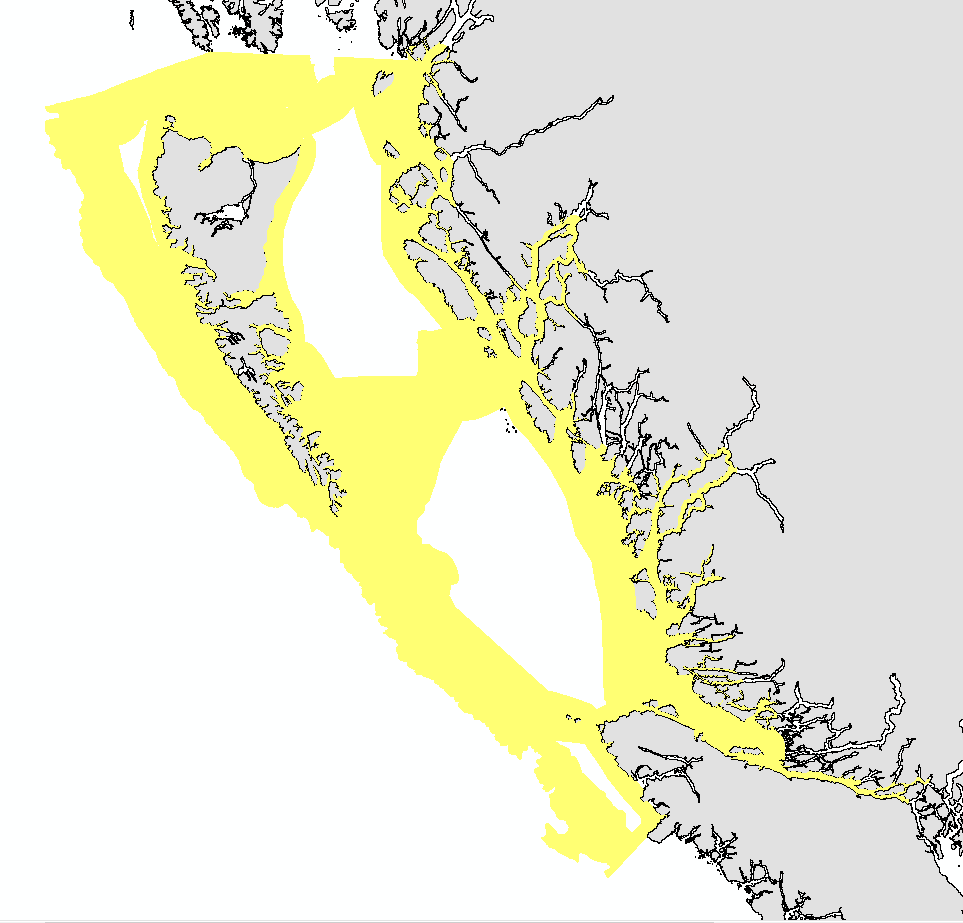